Net-zero carbon Britain – can cleantech companies rise to the challenge?

Professor Emeritus Crawford-Brown provides a ‘heads-up’ of opportunities for cleantech companies from the Report to the UK Government by the Committee on Climate Change. 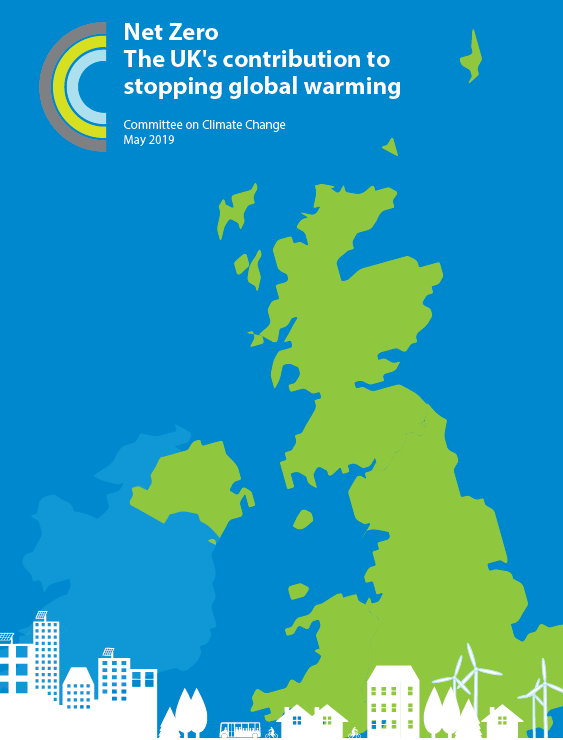 For more than a decade, the UK has been in a small group of nations with ambitious carbon reduction targets written into policy and law, courtesy of the 2008 Climate Change Act. This has led to a large decline in the carbon intensity of the electricity grid (well done us) and the national per capita carbon emissions. The latter success gets an asterisk because while our ‘territorial emissions’ (emissions from activities inside the nation) have been declining, when we take into account the emissions produced in other countries to manufacture the goods we consume our overall (consumption-based) emissions have declined much more slowly, if at all.

Meanwhile, global carbon emissions, the concentration in the atmosphere, global mean temperature and the risks of climate change continue to creep upwards. There is increasing recognition that the situation is becoming dire. Protests at inaction, led by adults and children alike, have sprung up around the world. They call for a much more rapid rate of decline in emissions, leading to a net zero carbon Britain and the world by 2050.  That is indeed a step change in the ambitions of even the Climate Change Act.

In response, the Committee on Climate Change (CCC) created the UK Net Zero Advisory Group, which has just released their advice on how we can reduce emissions to net-zero while maintaining economic prosperity. They reached several main conclusions, each with implications for the future of cleantech:

A key investment: Support is required for innovators, SMEs and large firms who can deliver low carbon solutions at scale over the next 10 years. Are you one of those?

A key change: We need to grow cleantech solutions that reduce emissions throughout the supply chain of products rather than at a single point, where we run the danger that reductions at one point can create unintended increases at other points.

A key opportunity: Do you have an effective way to monitor emissions across the entire economy, including consumption-based emissions? And even better, does your innovation help actors identify where they can target limited resources to further reduce?

A key growth area: Do you have a solution to emissions from the often neglected sectors of agriculture and aviation, or reforestation? Bring it on!

An enhanced focus: The nation needs your adaptation solutions that reduce damages if the climate continues to degrade.

Their take away message is that it is time for all hands to the wheel. Technological, social and economic strategies are all required urgently, along with investment in the innovators and companies needed to deliver on such an ambitious programme of change. Do you stand ready to play your part if policy makers play theirs?