Cleantech Futures 2019: Working together for a 1.5c Future 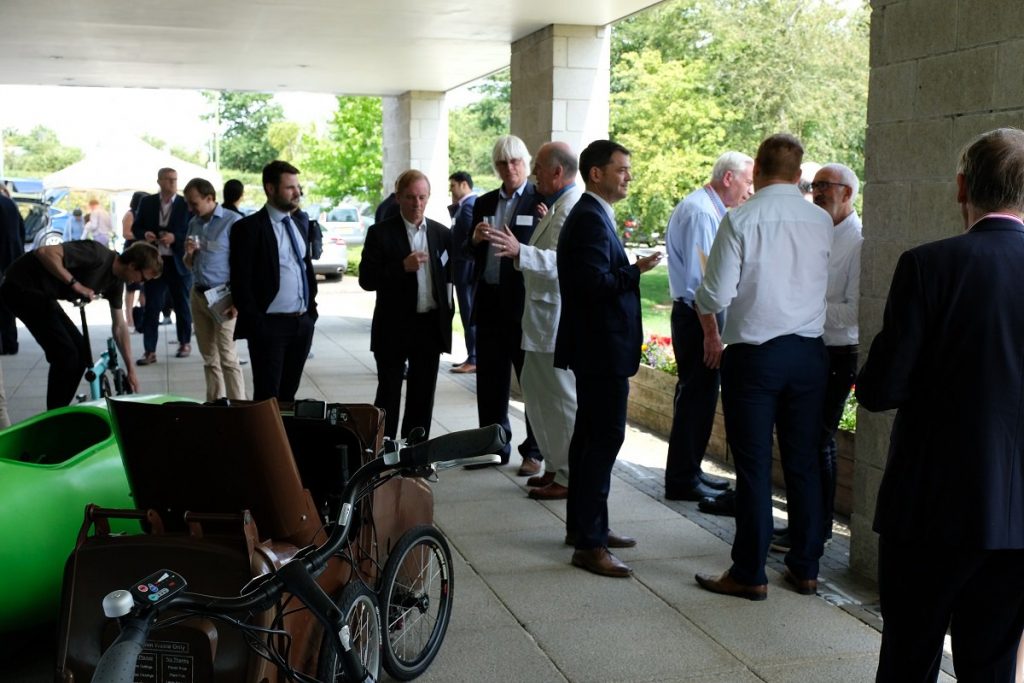 The annual Cambridge Cleantech Futures 2019 conference which took place on July 10 2019 at Trinity Centre Cambridge brought leaders and innovators from government, industry and academia together to discuss the future of cleantech and its pivotal role in clean growth, the industrial strategy, design and innovation and the Sustainable Development Goals. The event was a big success with the venue filled to standing room capacity and over 160 attendees.

Kicking off the conference with an engaging appeal to work towards a 1.5-degree future was Dr. Beatrix Schlarb, Director of Innovation at the British Antarctic Survey. “Is there one achievable next step you can commit to and lead on to achieve Net Zero?” she asked the audience. Councillor Lewis Herbert, leader of the Cambridge City Council, took the stage next, speaking about the UK government’s commitment to reach carbon neutral by 2050 and how that involves Cambridge, as Cambridge City Council is one of 100 councils who have just declared a climate emergency.  He applauded the efforts of groups like Extinction Rebellion and other young protestors in making people realise the urgency of climate change. He also talked about a planned Greater Cambridge Future Transport network for 2050, including a potential Cambridgeshire metro to combat the problems of traffic congestion and air pollution.

Up next, Mark Harper from John Swire and Dr. Adam Brookes from Anglian Water spoke about sustainability in their corporate structures and innovative technology respectively. Water companies in England have committed to net zero by 2030, said Dr. Brookes.

In the following session on International Smarter Cities, the audience got to hear all about the clean future of cities and infrastructure through talks about the electrification of train transport by Dr. Fabio Galatioto of Connected Places Catapult, and, in a talk by Mario Sforza of IsCleanAir, about an air pollution abatement technology, which functions as “a washing machine for air”.  In another excellent talk, Adam Read addressed the challenges faced in waste segregation in an environment where consumers do not segregate correctly, and government moves lag rhetoric. Karla Jakeman of Innovate UK then concluded the panel by rounding up the latest trends in smart transport, picking up again on the aim to decarbonise the railways in the UK to mobilise people in an efficient and sustainable way.

During the breaks, along with networking, the attendees had the chance to try out some of the latest innovations in low carbon transport outside the venue. Next to Ginger’s e-scooters and Flit’s folding e-bikes, a rather interesting mode of transport caught their eye: Peter Dawe’s solar-powered wheelie bin ‘car’.

The next panels were all about clean growth opportunities in Cambridgeshire and beyond, with UK Water Industry Research’s Steve Kaye presenting the audience with the 12 big questions which need to be answered in dealing with the future of water and the opportunities arising from net zero. The Leader of Cambridgeshire County Council Steve Count said that Cambridgeshire was committed to becoming carbon neutral “well before 2050”.

Rounding up the conference were Rebecca Briton of Urban & Civic, bringing the focus back to a possible sustainable future of Cambridgeshire’s infrastructure and transport mentioned at the beginning of the conference; Tacis Gavoyannis, Global Head of Smart Cities at Enzen, and Holly Stockbridge, Innovation manager at Engie, who set the room buzzing with her announcement of  the brand new £4 million Clean Growth Innovation Fund.

The conference ended with a call to action from Hugh Parnell, chairman of Cambridge Cleantech, urging the audience to each take individual action in order for change to actually happen. Cleantech Futures was the buzzword on social media as well, with many interesting conversations and opinions aired online. Elisabeth Klaar, one of the attendees, tweeted: “Struck by how much of the #cleantechfutures day centres on such basic stuff – air, water, heat. Behind the hi tech cleverness are some really fundamental (and exciting) problems.”

We received a lot of positive feedback after the conference, with attendees  saying that they enjoyed the day immensely and got quite a lot of useful insights and contacts it. As for us, the team from Cambridge Cleantech, it was a satisfying end to several months of hard work pulling everything together, and we all resolved to make Cleantech Futures an even bigger success next year.

Some of the feedback we received:

‘The conference exceeded my expectations!  The organising team were great hosts and helped me to meet many interesting professionals, that for me was the most valuable part of the day.’ Freya Stevens – Miris X

‘It’s my first time at a CCT event, and I really enjoyed it. Great level of speakers and attendees, and a thought-provoking and positive event.’ Chris Pointon – Cambridgeshire Climate Emergency

‘It was a day packed with interesting content and useful potential collaborators’- Adam Read , Suez

‘Great set of presenters with a great balance of topics and backgrounds.’  Anthony  Warren – Warrens group

We would like to give a big thank you to our sponsors for making the event a success! 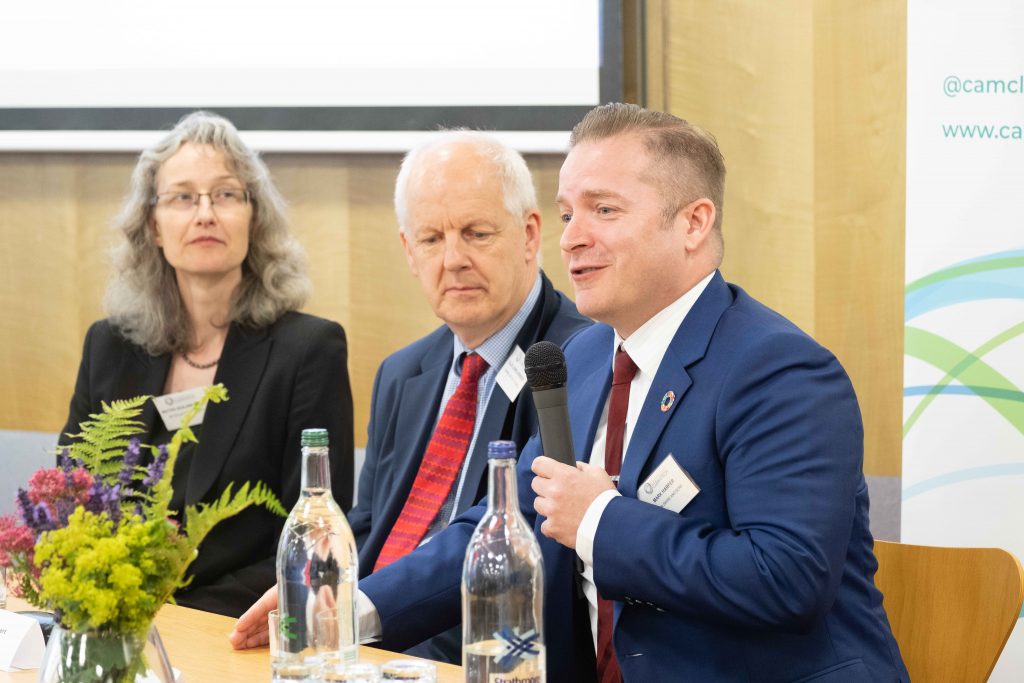 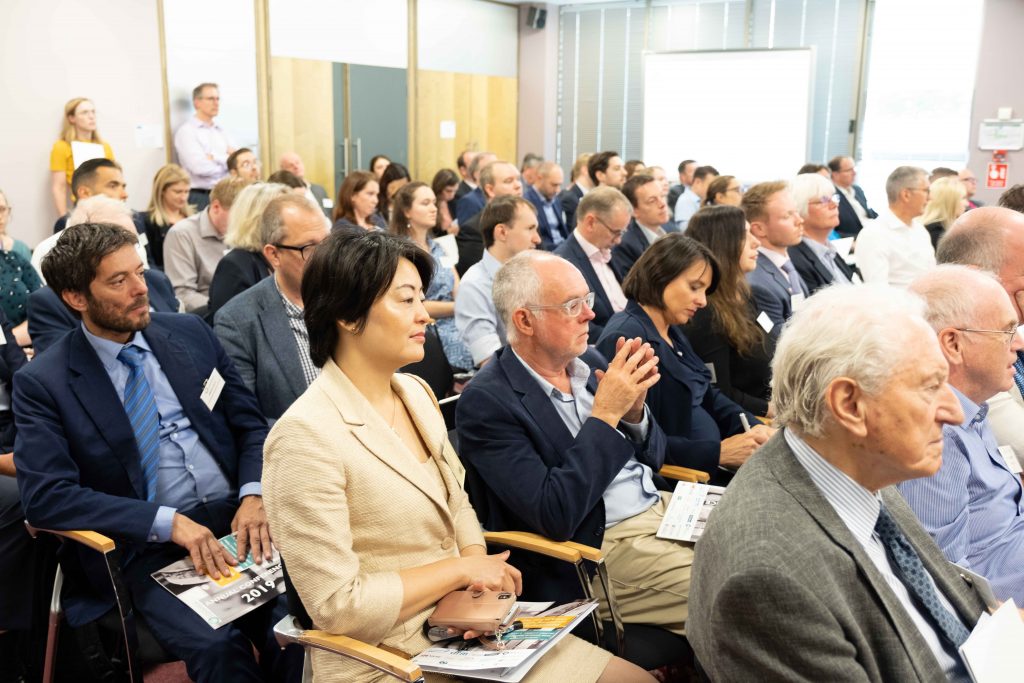 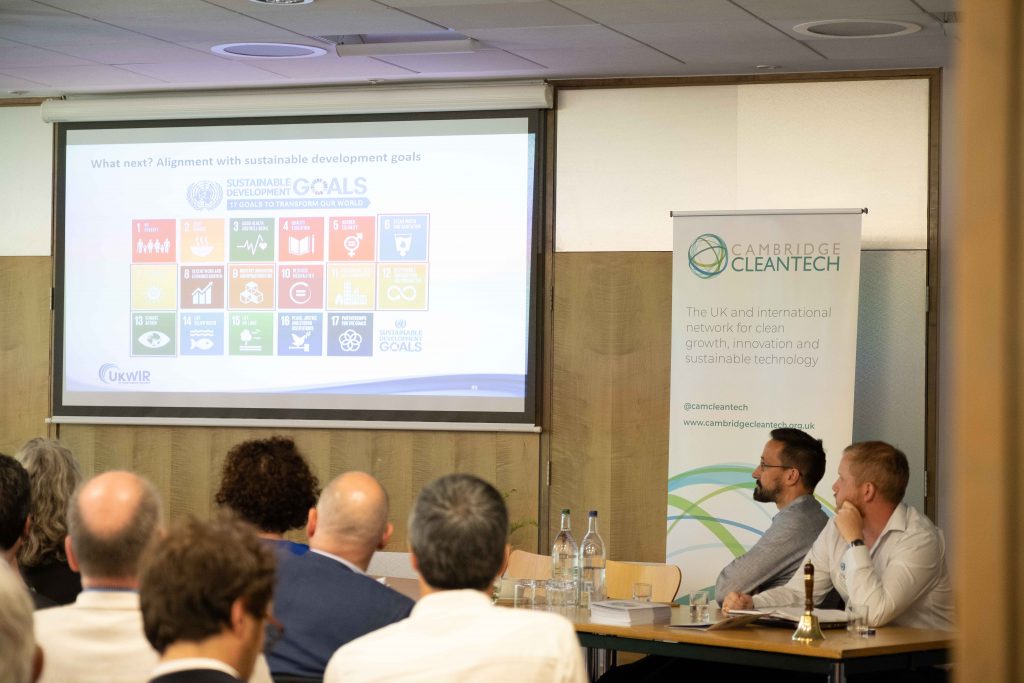 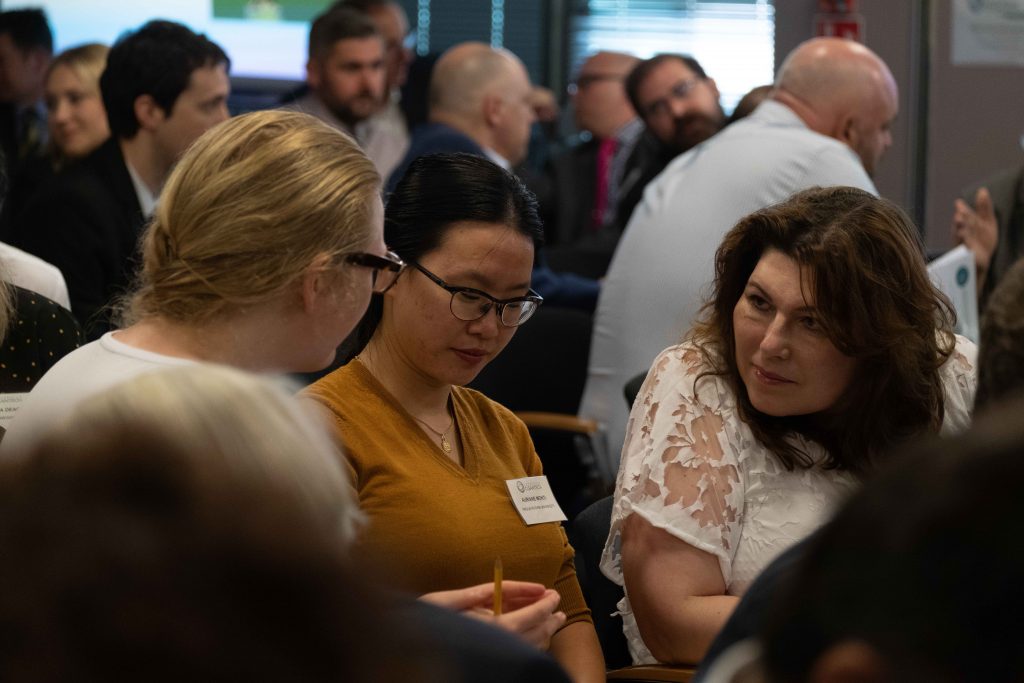 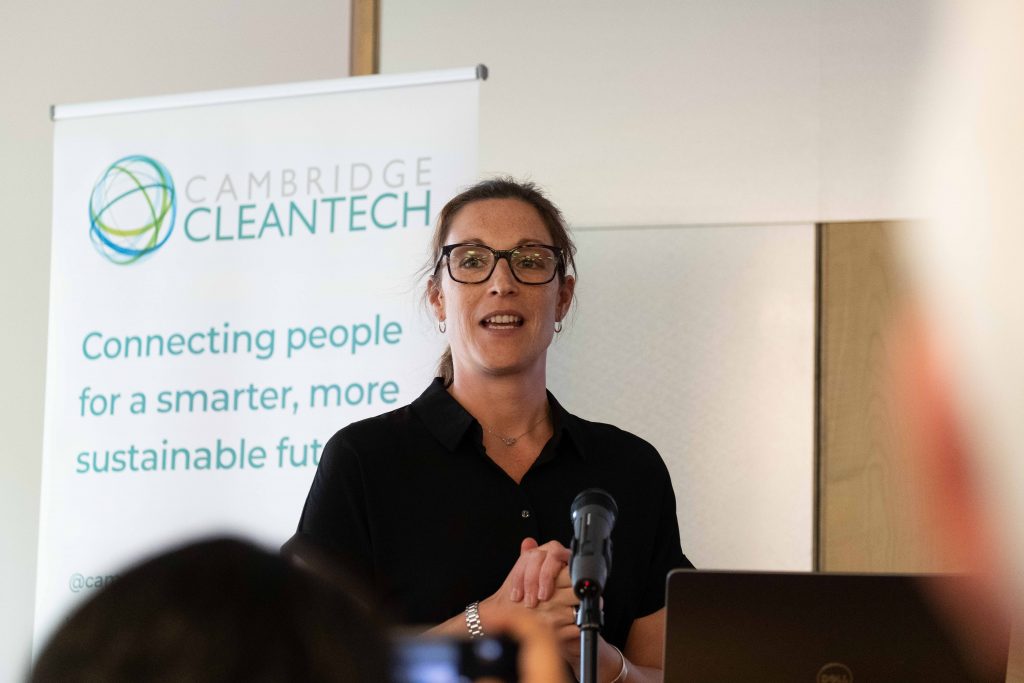 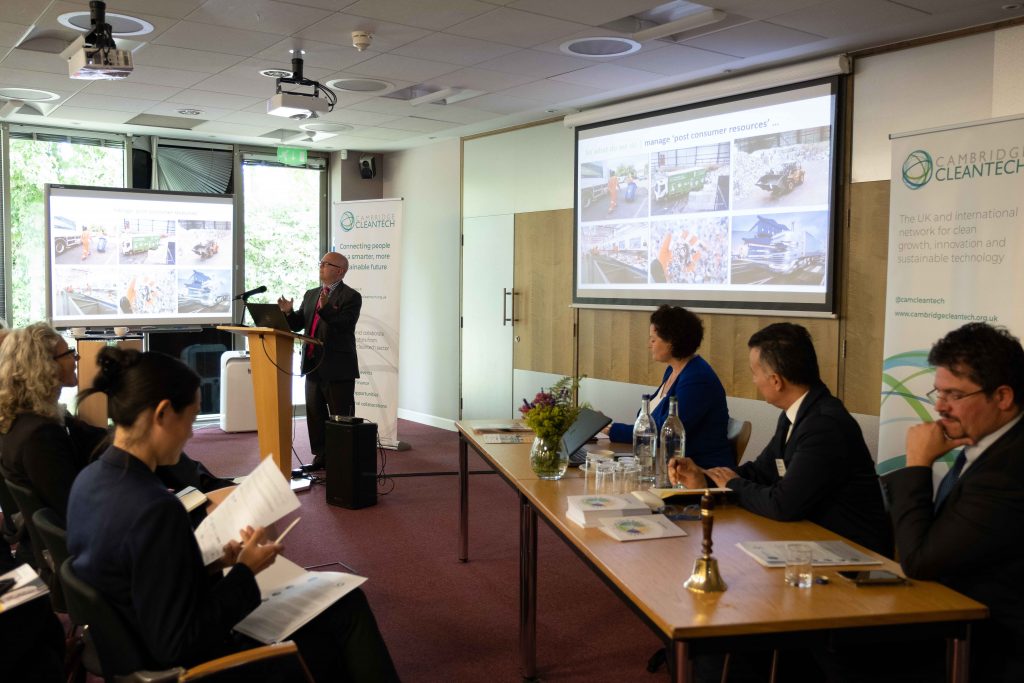 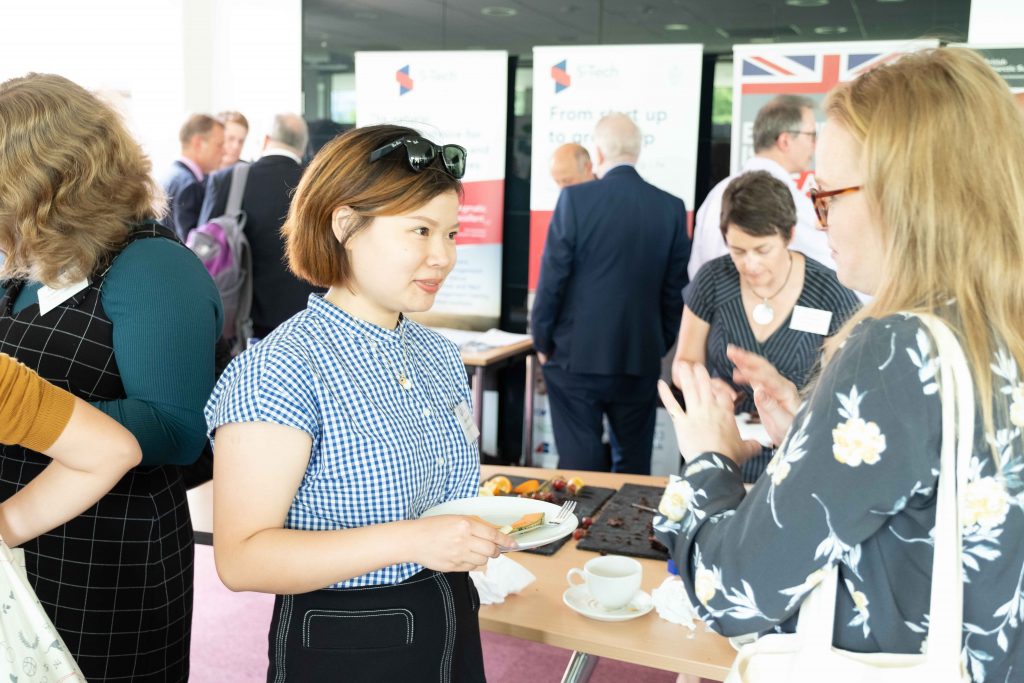 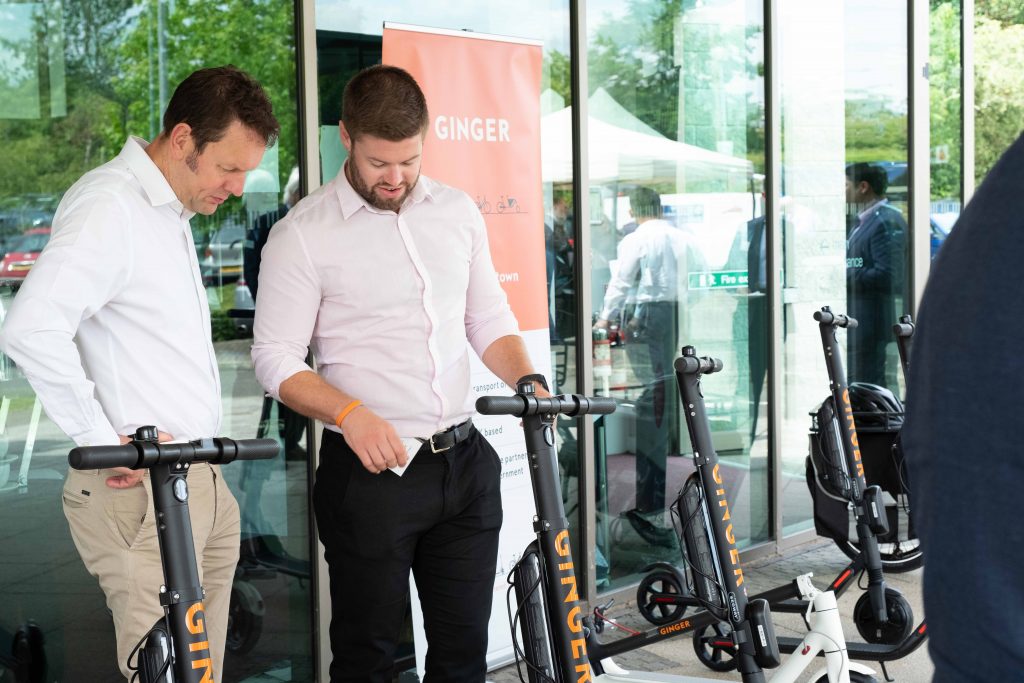