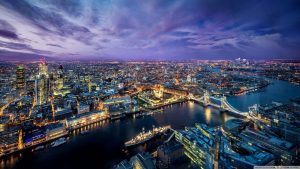 As the world’s population grows and increased migration to cities continues, there is a significant global movement towards developing “smart cities” – cities that are increasingly interconnected and technology-dependent. At a regional level, the U.S., Western Europe and China are leading the way, accounting for around 70% of all projected smart city investment in 20201. Leading examples include the following:

•  The Mayor of London has appointed the city’s first ever Chief Digital Officer, and created a “Smart London Board,” which has a mandate to shape London’s smart cities agenda, including investment in smart infrastructure.

•  Under Singapore’s chairmanship, ASEAN has established a Smart Cities Network, which is a collaborative platform for nominated cities in Indonesia, Malaysia, the Philippines, Singapore, Thailand, Brunei, Vietnam, Laos, Myanmar and Cambodia to exchange best practices and urban solution concepts for smart city projects, (with Singapore remaining the top global investor in 2019 in smart city initiative, driven by the Virtual Singapore project).

•  The Government of India has published its Smart Cities Mission, an urban renewal effort that gives access to federal funding to support the development of 100 smart cities across India. One state in India, Andhra Pradesh, is building a smart city from scratch – its de facto capital city of Amaravati.

These and other smart city projects across the globe present new opportunities for technologies capable of modernizing cities. However, smart cities also present new risks that should be considered.

WHAT IS A SMART CITY?

In general terms, a “smart city” incorporates information and communications technologies (ICT), human capital and social capital to enhance the quality, performance and efficiency of urban services, enhancing the quality of life for its inhabitants and reducing overall consumption and costs.

A smart city requires a network of objects, including smartphones and other sensors, which, together with wireless technology and cloud-based internet of things (IoT) applications, transmit, receive, store, manage and analyze data to provide real-time feedback.

Smart cities also require buy-in from individuals, with smart cities depending on the decisions, actions and engagement of its residents, workers and visitors to generate enough reliable data. That data is then used to empower the same groups of individuals to make more informed day-to-day decisions, creating more efficient and responsive use of city resources.

• Smart buildings and hubs: As people spend more time working, developers and landlords are turning to real estate focused technologies to provide better office experiences. For example, solar panels on buildings can produce clean electricity, automated and sensor windows can control heat and glare, and security for and access to buildings can be streamlined by facial recognition technology. Greater connectivity between buildings increases the sense of community between occupants in a local area. Integrated applications can provide information on a building or a group of buildings and its surrounding environment, including to traffic, transport, weather, consumer behavior, hospitality, entertainment and public notices. Putting this realtime data in the hands of users can help them make more informed and efficient choices where they work and live, making stronger connections to local networks.

• Smart transportation: New vehicles are transmitting, collecting, sharing and analyzing massive amounts of data in real time. Smart cities are taking advantage of this, providing drivers with predictive and real-time traffic and marking information based on historical and current data for a local area. For example, in Berlin, sensors have been installed on street lamps which can scan an area and transmit traffic and parking patterns to a centralised traffic control center, which then processes the raw data and converts it to information that can be viewed by drivers using in-built car applications. This information can guide and direct drivers to reduce congestion and shorten commutes. Meanwhile, urban planners are anticipating when roads will be dominated by driverless pooled vehicles, which
drop off passengers and move on.

• Smart utilities and services: Motion light sensors can increase energy efficiency in less populated areas. Sensors within utilities can direct power and water flow based on predicted and actual use. Cameras connected to smart software can detect crimes and other emergencies, which can lead to more responsive policing and emergency services. Smart sensors can signal when garbage cans are full and in need of collection, which can reduce collection frequency and costs.

In addition, monitoring technology within buildings can alert property managers of building issues. These and other smart city initiatives can affect a range of people-oriented priorities: safety, law and order, environment, health, time efficiency and convenience, social connectedness, wellbeing, cost of living, cost effectiveness, civic participation, and quality of living and engagement with city resources.

Data, including personal information, is fundamental to the connected network of smart cities. The mass of data generated from smart cities can relate to a range of situations, from traffic to crime, emergencies, social behavior, and personal movements via GPS. Once collected, the data is shared and often stored by different IoT devices, with multiple connecting points between software and physical infrastructure, and between publicly and privately owned assets.

As smart cities develop, the legal and regulatory framework regarding privacy and data security will need to keep pace with innovation. Personal data will need to be protected, and it will be critical to know who owns the data at any given time. The question of whether valuable data is owned by the individuals to which it relates, software  developers providing the channel to collect the data, an infrastructure owner, or whether it should be characterized as public data, is fraught and answers can vary.

Do individuals need to consent to their data being collected and used, and how can consent be obtained? These questions are trickier for those living, working and visiting smart cities located in jurisdictions where the state is perceived to operate in a less than transparent or democratic manner, and where its citizens and visitors may not fully trust that the data is being used to serve the greater good of society, rather than, for example, to further state-sponsored surveillance.

In addition, with increased dependence on ICT, software malfunctions, hacking and data theft have a greater potential to cause serious inconvenience, property damage and personal injury. For example, a simple software bug or a malicious hacker can potentially shut down utilities for an entire community, misdirect traffic, or disrupt emergency services. The determination of liability in each case, and whether liability can be contractually limited or apportioned between stakeholders is fundamental from a legal perspective.

Despite the concerns that arise from smart city development, with the right planning, legal consultation and execution, smart cities have the potential to create a dynamic, more livable urban experience, reduce day-to-day pressures, and improve the many dimensions that make up a better quality of life, all at a long-term sustainable cost. 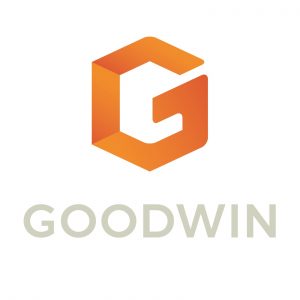 (This article was provided by Cambridge Cleantech Associate Founder Goodwin.  Goodwin Procter is an international legal practice carried on by Goodwin Procter LLP and its affiliated entities.)