The views expressed in this article are not necessarily the views of Cambridge Cleantech.

‘It is not about security of supply or the carbon footprint, and it never has been. It is the last stand of the “ancient regime” to protect tooth and nail the Energy Trade of the Century.’

London, 18th June 2020 – Regular LinkedIn users have been recently exposed to a PR campaign by EDF. The campaign was slick, glossy and purposefully vague: it carefully choreographed the completion of Hinkley Point C’s foundations (5 years behind schedule) while at the same time submitting the plans for another N-plant: Sizewell C.

Then, an article from my beloved FT on June 1st 2020 entitled “Britain needs new nuclear, and the government should fund it” spectacularly raised my level of irritation. It is time to call in the Resistance. 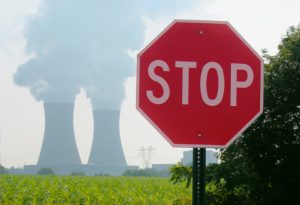 1) New Nuclear is in desperate need of public money, because no private market wants to touch it

No sensible private money wants to finance Nuclear considering the Industry’s long established disdain for any form of capital discipline. The four latest attempts to build a new N-plant in the OECD have ended up with timelines slipping by years and budgets multiplying by 3x or more. The Olkiluoto, Flammanville, Vogtle and VC Summer’s debacles have triggered the bankruptcy of the industry’s two western technology providers: Areva and Westinghouse. Only the Chinese have recently managed to complete some N-plants relatively on time; as for the budget and level of safety, your guess is as good as mine.

2) ‘Nuclear will bring security of supply to the UK’ – DEBUNKED

The argument of Security of Supply doesn’t hold. Of course, Nuclear Power doesn’t use internationally traded LNG. What a win!

Nah, instead of US LNG, we will have to rely on (a) uranium from Kazakhstan or Niger where U mines are protected by French Special Forces against local rebel groups (b) a long term collaboration with the French public sector which has proven quite antagonistic to the UK during the whole Brexit process and (c) some technological dependence to the Chinese Military Nuclear Complex. We can’t have Huawei Cell Towers, but we sure can have Chinese nuclear technology. Where is the logic? DEBUNKED

3) It is the only carbon-neutral technology – DEBUNKED

Another quote from the Financial Time article: “The Committee on Climate Change has identified a need for […] 30-60GW of “firm power” […] assuming that the gap cannot be filled by some other non-weather dependent technology such as carbon capture and storage or long-term battery storage. The snag here is simple: no such proven technology that is commercially viable presently exists.”

First of all, EDF should have the decency not to gloat about carbon neutrality while planning to use 200 diesel generators at Hinkley Point.

Secondly, the real snag here is simple: someone at EDF Nuclear failed to mention to the FT that EDF Renewables, through the purchase of Pivot Power, is currently developing a pipeline of 2GW of state-of-the-art new technologies, including batteries, digital demand management and grid optimization. So, those technologies exist and they are bankable.

Last but not least, let’s do a bit of accounting and market pricing. EDF’s ultimate argument turns out to be the weakest: paying 120GBP/MWh (above 70GBP/MWh electricity market price) implies a ton of CO2 at 200GBP/t (assuming that a CCGT will replace the N-plant, natgas emitting 0.35tCO2/MWh). That “nuclear price of carbon” is 10x (ten times) higher than the current carbon market price. And in this gap between the market price and the “nuclear carbon price”, we can certainly finance other new clean technologies such as the ones outlined in SSE’s excellent “Greenprint”. And why not invite Tesla to build a Gigafactory in England? That’s the future. So, this argument is DEBUNKED as well.

4)     Nuclear is simply out of sync with the Energy Transition

I have a certain empathy for a generation of engineers who did a great job 50 years ago when Kodak, Pan Am and ITT were flying high and Nokia was still a paper company. I understand their nostalgia for a technology that has proven very useful in the 70’s when energy demand was growing while oil was scarce and expensive, and when CCGT, Wind , Solar, Datacenters and Batteries did not exist.

That could be the end of my rebuttal, however it is not.

Now comes the interesting part – this whole Nuclear PR Campaign is just a fairy tale. The real prize is to protect the Energy trade of the Century.

EDF people are not stupid, they are in fact extremely intelligent. They are the first to know that their industry is obsolete and totally uncompetitive; that EDF’s market cap has gone down 90% since 2008; that the reserve for dismantling N plants is massively underfunded in both France and the UK; that more than a third of EDF’s N-plants in France have been halted for “long term maintenance” and that French Nuclear power generation is forecasted for 2021 at only 300TWh, the lowest level in 35years!

What EDF is doing by pushing Hinckley (and Sizewell) is to protect the last jewel in the crown, a financial asset probably worth more than the whole company: the 35 year Power Purchase Agreement, at three time market price, guaranteed by the UK government, 24/7, with indexation.

That trade is so lucrative, so brilliant, that EDF will stop at nothing to see it through.

That is the real story: It is not about security of supply or the carbon footprint, and it never has been. It is the last stand of the “ancient regime” to protect tooth and nail the Energy Trade of the Century.

If you liked what you have read, you might like to hear more about Laurent Segalen via his Redefining Energy podcast.