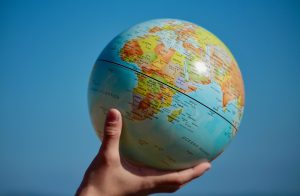 ‘The world is struggling to slow the effects of climate change, according to a report released Wednesday by the World Meteorological Organization that outlines new projections for rising temperatures over the next five years.

The so-called Global Annual to Decadal Climate Update states that global average temperatures are likely to be at least 1 degree Celsius above preindustrial levels each year from 2020 to 2024. The new forecasts also show that there is a 20 percent chance that global average temperatures could exceed 1.5 degrees Celsius in at least one of those years.

The new outlook, based on models from climate prediction centers around the world, highlights the need for drastic action to curb climate change — particularly if the world has any hope of meeting the goals set out by the Paris Agreement, which aims to keep global warming below 2 degrees Celsius by the year 2100.

The study’s researchers added that the drastic drop could also fuel a decrease in this year’s annual carbon emissions of up to 7 percent, though the declines likely won’t have a long-term impact [if] countries return to normal. (…)’

Now more than ever is the time to act. Please fill this form if you want to become a Cambridge Cleantech member (it takes less than two minutes to fill).