News – Cleantech is at a tipping point where it could take off explosively – just like the smartphone did.

A recent news article from BBC Chief Environment Correspondent Justin Rowlatt explores how just as smartphones quickly took over the world in the space of a decade, we are now poised to see a similar revolution in the energy industry.

Rowlatt goes on to explain how despite its current ubiquity, when it first launched in 2007, the original iPhone was not even considered ‘revolutionary’:

The iPhone was just “one more entrant into an already very busy space,” according to the boss of the company that made Blackberrys. Remember them? Not only have smartphones crushed all other phone technologies, they have upended dozens of other industries too. They’ve killed the camera and powered the rise of social media and dating apps. They’ve decimated the traditional taxi industry.

So what has this got to do with energy?

Green technology is now at a tipping point where it can take off explosively – just like the smartphone did. It is never easy to predict how transformative a technology can be when it first comes to market. Case in point, 9 months after the iPhone launch, Forbes carried a cover story with the headline ‘Nokia – One Billion Customers. Can anyone catch the cellphone king?’

Someone did, and the smartphone revolution has led to the rise of whole new industries and transformed how we interact with the world. 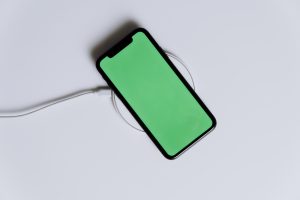 Another  key point to note is the ‘convergence of technologies’ – just like 2007 was the year that all the batteries, chips and circuitry that goes into a smartphone became cheap enough to make “a $600 (£460) smartphone possible,” green technologies are now at the price point where mass adoption is just around the corner.

According to the BBC:

Something similar is now happening with green tech.

After years of development, it is becoming much cheaper and more effective. The world’s best solar power schemes are now the “cheapest source of electricity in history”, the International Energy Agency (IEA), which analyses energy markets, said this month. “Renewable energy is likely to penetrate the energy system more quickly than any fuel ever seen in history,” predicts Spencer Dale, the chief economist at the oil giant BP.

We firmly believe the cleantech industry has the potential to lead us out of the climate crisis and change the way humans fundamentally live, and the growing interest in sustainable and climate-positive technology is clear evidence of this change in mindsets. Join us at Cleantech Venture Week this November where some of the most exciting companies in this space will battle for the attention of investors.

Join us for Cleantech Venture Week