Viridian Solar announced in a recent press release that leading UK roofing systems manufacturer, Marley has acquired 100% of the share capital of its business. 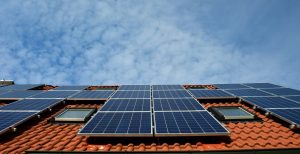 The move provides the foundation for further growth for the roof-integrated solar specialist as it prepares for rapid growth driven by changes to building regulations and its expansion into international markets.

The acquisition builds upon a commercial partnership between the two companies announced in 2020, that saw Viridian Solar’s BIPV added to Marley’s extensive range of roofing products to complete a comprehensive roof system offer for the UK building industry.

Established in 2003, Viridian Solar has gone on to build a strong reputation as an innovative manufacturer of high-quality, roof-integrated solar PV systems, supplying all the major UK housebuilders. In 2019, the business set up a subsidiary in the Netherlands and its Clearline fusion solar roofing system is now installed on roofs across Benelux, Eire, Germany, Austria and Scandinavia. The deal will see Viridian continue to operate as a standalone entity, retaining its existing management team and continuing to support its customers directly.

Viridian Solar is a UK-based manufacturer of roof integrated solar panels. Their Clearline Fusion range of photovoltaic (electric) solar panels fit in the roof and take building integration of solar to the next level. Their solar products are designed at our headquarters near Cambridge.

Marley offers a flexible, efficient service that saves  customers time and money on their projects.

They are the only UK manufacturer offering all elements of a roofing system including:

” The last eighteen years have just flown by and, whilst we are proud of what we have achieved as a team, our eyes remain firmly on the future. We are looking forward to working with our new colleagues at Marley to open an exciting new chapter in the development of Viridian Solar. Our ambitious growth plans will now be supported by the resources and reputation of being part of one of the biggest and most respected names in the roofing sector, with the backing of Inflexion Private Equity Partners, who manage assets of £5.4bn globally.” “

” The acquisition brings together two complementary companies, both of which are influential players, with highly regarded reputations in the construction market. Viridian’s strong relationship with housing developers and solar distributors is complemented by Marley’s commercial reach into social housing and among roofing installers. “