Lawyers can help to save the planet 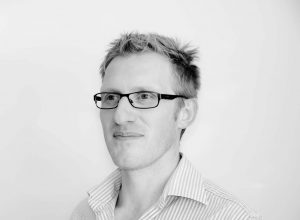 Cambridge Cleantech member James Wilkinson from Woodfines wrote this insightful text to show how lawyers too can help make a difference. A piece worth reading!

At home I’m trying to do everything I can to reduce my carbon footprint with an air source heat pump, solar panels and an EV but as a corporate and commercial lawyer it sometimes feels that my professional contribution to achieving the Paris climate objectives is rather limited.  Of course, my colleagues and I have adopted paperless files; complete most transactions using e-signature platforms and have shifted to a mindset that involves a lot more working from home but that doesn’t feel anything like enough and I find myself regularly questioning what else I can be doing. It turns out that the answer is in how I work with my clients – at Woodfines we have clients across all spectrums, including haulage, manufacturing and technology, who have the scale and influence to make a real difference in their markets. Peers at The Chancery Lane Project have recently been compiling a set of climate-first clauses that can be adopted and adapted to enable businesses to align their commercial and environmental objectives and aspirations.

Some of The Chancery Lane Project’s model clauses (all of which are named after their authors) are more ambitious and controversial than others, but I have read them all and every single one gives me cause for celebration – there is something I can do that will make a material and significant difference. I would encourage you to visit their website at https://chancerylaneproject.org/model-clauses/ to take a look for yourself, but in the meantime wanted to share a selection of my favourites with you that cover the entire lifecycle of a corporate, from start-up through to exit. 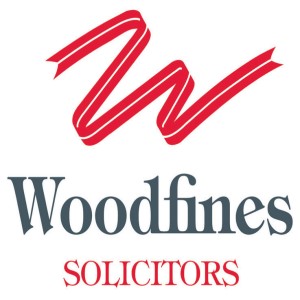 There is no better time to set  business’ climate positive intentions than at incorporation, building it on an environmentally solid foundation. A company’s constitution is centred on its articles of association and/or shareholders’ agreement – these are the rules that regulate how the shareholders and the company behave towards each other. At its simplest, a company could just adopt “model articles” but these are rarely suitable for a business with multiple shareholders. This means most new companies need either bespoke articles of association or a shareholders’ agreement (or sometimes both) and whilst preparing those, it takes very little extra time to incorporate some of the provisions from Lauren’s clause and Callum and Theo’s clause which, amongst other things, put capital returns and environmental upside on an equal standing, require shareholder approval to take any action that would not be in the best interests of the environment, bake in sustainability objectives and allow for shareholders to be treated as “bad leavers” in the event that they commit a “material climate breach”. Or, if a simpler starting point is required (especially in the case of an established business), perhaps Darcy’s board minutes are an ideal starting point, which highlight and draw attention to the board’s consideration of the environmental implications of the decisions they are making (which is already required by s172(1)(d) of the Companies Act but, as you will see from the numbering, is rather hidden away and therefore easy to forget to give sufficient attention to).

All businesses have suppliers and customers and therefore have contracts (whether written or unwritten) in place. Interactions with other businesses, especially suppliers, are probably where the greatest environmental impact can be made.  As is always the case, those with the strongest bargaining position will be best set to influence parties upstream and we are therefore particularly looking to the most influential businesses to set new industry norms.  Below are a selection of model clauses, approximately in the order of the easiest to implement at the top with the most ambitious at the bottom.  Many of these model clauses have the added benefit of allowing the supplier to also shout louder about their own environmental efforts and get ahead of the legislative changes that are bound to be imposed on them in the coming years as the UK’s 2035 and 2050 targets fast approach:

Athena’s clause places environmental awareness training on an equal footing with health and safety, diversity and IT security training, which should be relatively cheap for a supplier to implement and promotes systemic changes both within the supplier’s business but also in its employees’ lives outside of work. Some of these provisions would also sit well in any supplier code of conduct that a business may have.

Nico’s “coolerplate” clauses  force the parties to consider the environmental impact of certain of their actions throughout the life of a contract (rather than just at a particular point in time).  There is likely to be a degree of cherry-picking required here as the clauses vary from an easy-to-implement “do not print anything and always communicate by email” to the rather challenging “choice of law falls away if the action in question has caused an adverse climate outcome”.

Ming’s clause provides for an automatic discount on a product’s price if certain carbon footprint targets have not been achieved. This is expanded further in Luke’s clause which calls out specific objectives for suppliers of products and services, including switching a certain proportion of their company car fleet to EVs, moving to green electricity tariffs and of course other actions such as those envisaged in Athena’s clause.

Caesar’s clause requires a certain proportion of a supplier’s road haulage to comprise green “alternative fuels”.  Given the length of time it takes to renew and retrofit HGV fleets this provision would be best suited for longer-term supply chain contracts but has the potential to accelerate demand within the green transport market. Note that there is also a similar provision for the notoriously challenging area of shipping in Otto’s clause.

Finally, Owen’s clause can stand by itself, in which case its potential impact would be similar to some of the provisions listed above, however, it also includes a powerful cascade provision to ensure that all of the supplier’s upstream providers would also have to be bound by the same environmental objectives. The cascade has the potential to change whole sectors at speed but will also require the support and drive of major players in those sectors.

Of course, one needs to avoid the risk of the above merely becoming legal green washing and box ticking and all parties will need to track progress and potentially bring in third parties such as the Carbon Trust for objective and independent assessment and input from time to time. 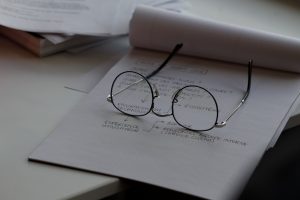 Photo by Sigmund from Pexels

Whilst a company’s articles or shareholders’ agreement could make it harder for an non-sustainable acquiror to take-over or invest, for example by blocking the drag along mechanism (as provided for in Lauren’s clause) or perhaps by increasing the drag-along threshold, the actual process of an investment or acquisition is likely to have a relatively small environmental impact beyond Evan’s protocols and Hanley’s clause. These set the expectations in the deal heads of terms as to what steps will be taken to minimise environmental impact of a transaction including by reducing travel, printing and electricity and by prohibiting the parties from creating deal tombstones and other memorabilia, which inevitably end up in a loft/bin after some time.

However, in my opinion, the greatest influence a transactional lawyer can have is to place more attention on climate change in the due diligence process and subsequent warranties. And, even better, it is very simple to do. Adding Lola & Harry’s DD questions and/or Gordon’s DD questions to an existing due diligence questionnaire and by including Zack’s clause into the warranty schedule force the management of a target business to disclose what they are doing to reduce their contribution to climate change.  The impact of such changes is unlikely to be immediate (unless the responses were so bad that they instantly put a buyer or investor off) but their widespread presence during major capital events would become known to businesses, lawyers and corporate finance advisers and start to influence business-as-usual decision making in an attempt to avoid difficult conversations at a point it is too late. 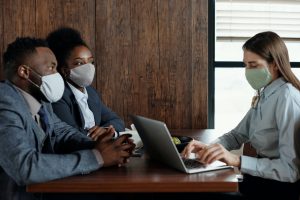 So, I think there is a lot lawyers can be doing, when working alongside their clients, to make a meaningful and tangible contribution to keep warming in check and reduce business’ overall climate footprint. We may not be the main actors but we can and should be facilitators. Please consider this a call, if you have not done so already, to consider your corporate governance and commercial arrangements and challenge yourself, your customers, your suppliers and your professional advisers to do better.

View other news from Cambridge Cleantech