Israeli startups should choose the UK when expanding to Europe

With Israeli startups continuing to break records in fundraising, the co-heads of our international Israel group, Josef Fuss and Nathan Krapivensky, outline potential opportunities in Europe and how they envisage the next phase of success for these businesses. 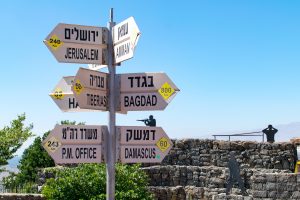 This article was originally published online on Calcalist on 17 August 2021.

London is ready and waiting for Israeli entrepreneurs and technology companies. While Israeli entrepreneurs and startups have traditionally been focused on expanding to the US – and for good reason since America has given such startups access to capital, opportunities for expansion in one of the biggest markets, and seemingly endless exit opportunities, yet Europe is also a strong destination. Somewhere along the flight path between Israel and New York, and a mere four hours from Ben-Gurion airport, London is now the leading global centre for innovation, with the most international startup community in the world and unparalleled access to Europe, the world’s largest trading block.

“We’re seeing a spike with our startup and entrepreneurial clients who are serious about establishing a base in the UK as part of their international expansion plans,”

By opening in the UK, Israeli startups gain direct access to Europe. As the world’s largest trading block, consisting of 500 million people and a GDP of 25,000 pounds per head, it’s undoubtedly the platform that has the scale and scope for startups to grow and reach other markets around the world, including rapidly growing emerging ones in Africa and Asia. The EU is the top trading partner for an incredible 80 countries, compared to 20 for the U.S.

British trade with Israel is booming and bilateral relations are expanding in defence, science, tech, business, and cybersecurity contributing to a new strategic partnership between the two countries, according to BICOM’s new report, Israel and the UK are also on the verge of signing a historic free trade agreement, which will remove barriers to trade between both countries, support jobs, and drive growth.

British-Israeli relations have deep roots, and the two countries share similar cultural nuances as well as similar parliamentary government systems, and legal and business practices. Moreover, the advantages of the geographical proximity between both countries should not be underestimated. The UK is closer, more cost-effective and easier to access than the U.S., which means less time is spent on planes and more time is spent doing business. That edge helps Israeli businesses attract a customer base quickly too.