UK government plans will not deliver on pledge to COP26

The UK government’s strategy will not lead to reducing emissions by 45% from 2018-2030 despite pledging to the United Nations to do so. New analysis from the UK FIRES consortium in a report released today [21st October], Minus 45, shows how it can close the gap.

On 12 December 2020, the UK Government submitted its first Nationally Determined Contribution (NDC) to the UNFCCC, committing to “at least a 68%” reduction in GHG emissions below 1990 levels by 2030. However, current government plans will not deliver on its promise. The gap between pledge and delivery could undermine government claims to international leadership at COP26.

The government’s “Net Zero Strategy” released on 19th October 2021 describes big ambitions but small commitments. The total spending commitments in the strategy add up to around 0.05% of GDP and the specific delivery commitments add up to only a small fraction of the government’s pledge to COP26. The strategy places its hope on technologies that don’t yet operate in the UK, while failing to account for the new electricity demand created by its plans for greenhouse gas removal technologies and synthetic jet fuel. It makes no commitments to deliver change by 2030 in key areas such as rail electrification, reducing demand for aviation or reducing ruminant herds.

In contrast, UK FIRES has today released “Minus 45” a new, physically-grounded, analysis of the government’s pledge, based on the respected Absolute Zero report. Only one third of the commitment to reduce emissions can come from electrification supported by the government’s commitment to new generation. The remaining two thirds of the commitment must come from using today’s technologies differently, to reduce UK energy demand by 30%. This is not mentioned in the Net Zero Strategy. Minus 45 shows that real climate mitigation is not a binary choice between unproven technologies and painful behaviour change. We can deliver the required emissions reductions without diminishing our quality of life.

Specific actions that would deliver the government’s commitment include building more efficiently to reduce demand for cement, blast furnace steel and most chemical production by 45%, making better use of trains and software to reduce heavy goods vehicle traffic by 45%, eating more chicken and vegetarian food, to reduce the methane emissions of cows and sheep. The report draws attention to areas of profitable business growth, including building retrofits, rail electrification and expansion, electric material production, overhead electric cables for main roads to electrify HGVs and new growth for domestic manufacturing. 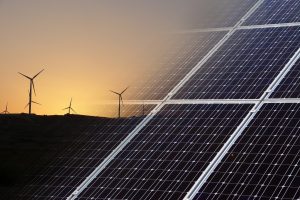 “The government’s 2030 Nationally Determined Commitment to the United Nations is in line with the best evidence about securing a safe climate. To reinforce claims to UK climate leadership, it’s vital that we deliver on it. The government’s Net Zero Strategy will not do this. In contrast, for the first time, our new report, Minus 45, describes a physically realistic plan to meet our pledge. Negative emissions technologies and additional energy supplies cannot be built at scale before 2030, so we need new ways of living well, with less energy. No one will like every aspect of the plan in Minus 45, but it provides an essential reference: if we want less change in one sector, we need more elsewhere.”

“Either we act now to live well but differently with proactive policy and today’s technologies, or we will only be able to meet the government’s commitment to COP26 with energy austerity.”